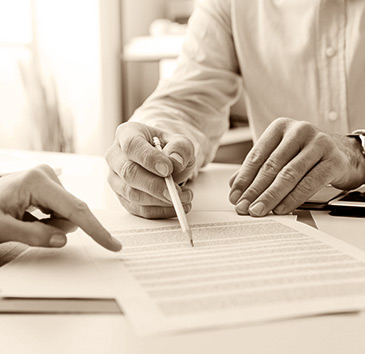 When hiring new staff, the main negotiations usually concern the salary package. We would like to give you an insight into the most important aspects with regard to granting allowances in accordance with the labour law of the United Arab Emirates ("UAE").

How should salaries be structured?

Which allowances are common?

The employer is legally not obliged to grant allowances. Accommodation and transport allowances, however, are typically part of the salary. In addition, the employer might, especially in cases of highly qualified employees, cover costs for relocation, residence visas of dependants, annual flights, private health insurance, pension funds and/or children's schooling. Depending on its nature and the agreement between the parties, an allowance can be paid once, monthly or yearly.

What should be observed in case of one-time and annual allowances?

One-time allowances, e.g. payments for the relocation to the UAE, are often granted at the commencement of the employment relationship. Should such payments be made with an understanding that the employment lasts for at least a certain period of time, the employer should reserve the right to request a (partial) refund of the monies already paid and contractually agree on the details of such reimbursement. This holds particularly true should the employee resign earlier than anticipated.

Thorough contract drafting is equally essential when annual allowances, such as for school fees, are being paid. In this case, the employer likewise grants a rather large amount of money for a certain period of time in the future. Should the employee leave the company between two payment dates, the employment contract should contain detailed provisions on how to deal with that part of the allowance which was paid for the period from the end of the employment relationship until the hypothetical upcoming payment date.

Especially employment contracts that were concluded before the Dubai Health Insurance Law came into effect in 2014 might contain clauses related to a private health insurance allowance. Such allowances continue to be lawful. However, the payment does not exempt the employer from his obligation to include the employee in a group health insurance which covers the minimum benefits in compliance with the Dubai Health Insurance Law.

Does contributing to an employee's private pension plan release the employer from his duty to pay gratuity?

In the absence of a governmental pension fund for expatriate workers in the UAE, some employers run a private pension scheme for their employees. In case the employer intends to contribute to such system in lieu of paying gratuity at the end of the employment relationship, the employer should carefully verify whether the gratuity can actually be substituted by such payments. Further, the employment contract should be drafted in an accurate manner. Otherwise, the employer might remain liable to pay the gratuity without being able to demand the reimbursement of sums already paid for the employee's private pension scheme.

Practical Guidance: Payment of Allowances in the United Arab Emirates