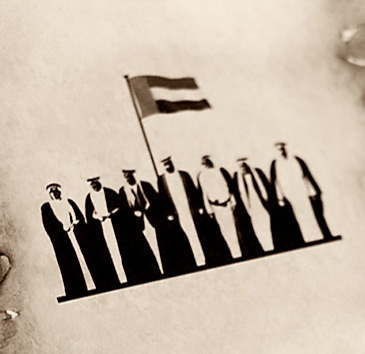 After more than forty years, the United Arab Emirates ("UAE") has enacted a new labour law. Federal Decree-Law No. 33 of 2021 ("New Labour Law") will come into force on 02.02.2022. As of that date, it will fully replace Federal Law No. 8 of 1980 in its current version ("Current Labour Law"). The New Labour Law will apply to employers and employees in the private sector of the UAE. This generally includes employment relationships in free zones, with the exception of those in the financial free zones Dubai International Financial Centre and Abu Dhabi Global Market. We explain for you five important changes to be introduced by the New Labour Law.

Under the Current Labour Law, employment contracts can be concluded for an unlimited or a limited period of time. The New Labour Law, on the other hand, provides for only one type of contract, namely a fixed-term contract of up to three years. The employment relationship can be extended as often as desired for the same or a shorter term.

Contrary to what the term "fixed-term contract" would suggest, both the employer and the employee have the option to terminate the contract before the end of the term. The parties may agree on a notice period of between 30 days and 90 days.

Existing unlimited-term employment contracts must be converted to fixed-term contracts within one year of the New Labour Law coming into force, i.e. by 01.02. 2023.

With the New Labour Law coming into force on 02.02.2022, it will therefore be possible for the private sector to follow (at least in part) the new weekend for federal government entities, which will be moved to Saturday and Sunday from 01.01.2022. Hence, overtime regulations will not automatically be applicable for working on Friday. With the exception of schools, there is no obligation for the private sector to change the workweek.

In addition, the New Labour Law introduces various work models. In the future, employers and employees will be able to agree on full-time work, part-time work, temporary work (i.e. for a specific period or project) or flexible work (i.e. depending on the workload).

Change 3
Modification and Extension of Leave

Under the New Labour Law, annual leave must be taken in the year in which it accrues. Carryover to the next year is only possible with the employer's consent. It is now also clarified by law that the employee is entitled to his full salary (i.e. basic salary including all allowances) during annual leave.

Under the New Labour Law, an employee is entitled to paid sick leave immediately after the end of the probationary period and only not after a further three months have elapsed.

Maternity leave increases to 60 days with full pay for the first 45 days and half pay for the following 15 days. This applies regardless of the length of service and also in the event that after the sixth month of pregnancy the child is stillborn or dies after birth. After the birth, however, the employee is only entitled to an additional 45 days of unpaid leave (compared 100 days under the Current Labour Law) if she or the child has a health impairment due to the pregnancy or birth. If the newborn is sick or disabled and requires permanent care, the employee is entitled to an additional 30 days of paid leave and another 30 days of unpaid leave. The possibility of taking breastfeeding breaks during daily working hours is reduced to six months after the birth.

In addition to the leave entitlements already granted under the Current Labour Law, the New Labour Law introduces additional types of leave. These include bereavement leave of three or five days calculated from the death of a certain family member as well as study leave of 10 days per year to take exams at accredited educational institutions in the UAE for employees with at least two years of service.

The unpaid leave entitlement to a pilgrimage of a maximum of thirty days during the employment relationship is abolished.

Under the New Labour Law, an employer can no longer terminate the employment relationship without notice during the probationary period. Instead, he must observe a 14-day notice period.

If the employee wishes to terminate the employment relationship during the probationary period in order to work for another employer within the UAE, he must observe a notice period of 30 days. In such case, the new employer is obliged to reimburse the old employer for the employee's recruitment costs.

If an expatriate employee resigns during the probationary period to leave the UAE, he must observe a notice period of 14 days. If he returns to the UAE and obtains a new UAE work permit within three months of his departure, the new employer is under the obligation to reimburse the old employer for the recruitment costs of the employee.

If an expatriate employee violates his legal obligations in connection with a termination during the probationary period and leaves the UAE, he may be denied the issuance of a new work permit for a period of one year from the date of departure.

Even in the event of termination without notice by the employer, the employee retains his entitlement to full severance pay.

It remains to be seen whether severance pay will in future actually be calculated on the basis of working days, as expressly provided for in the wording of the New Labour Law, or whether this is an editorial oversight and calendar days will continue to be taken into account.

It is expressly clarified by the New Labour Law that the severance pay is only calculated according to the last basic salary paid. Any commission payments or bonuses will not be considered.

The option under the Current Labour Law of replacing the severance pay under certain conditions with payments into a savings fund or pension fund is abolished. Instead, the New Labour Law provides for other alternatives to be defined in more detail by cabinet resolution.

Due to the New Labour Law, it is now important for you to observe the following, among other things: